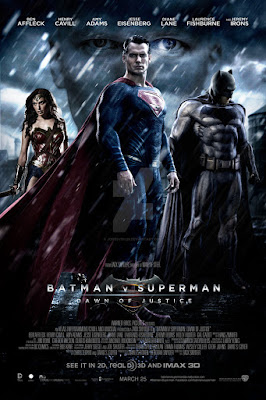 The only genuine feeling that I took from this disappointing, mostly listless movie is the Batman vs Superman face-off. There is something of a childhood dream moment in that.

It is an emotion as quaint as riding your first toy train in adulthood, with a kiddish relish filling you up like a cool breeze, making it a strange time-travel of sorts.

But this Zack Snyder film propped up in special effects, boring characterizations, contrived story, 0.00001% humour and about five minutes of impressive fight scenes in a crawling 153-min running time.Considering the potential or otherwise, this is a mega letdown.

Batman vs Superman: Dawn of Justice
I mean, if you buy two plastic Superman & Batman action figures and bang them against each other, you should get more entertainment than this film brings to the mix.
Posted by Snehith Kumbla at 18:45 No comments: 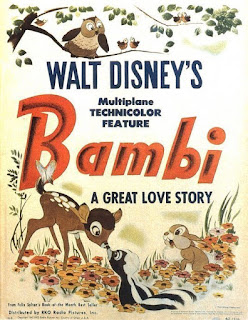 Somewhere deep in a forest a young fawn takes its first hesitant steps into the world.Life is an endless parade of curiousity for the young deer,intimately looked after by its gentle mother.

Thus pass peaceful days of tending and nurturing.Then man encroaches the forest, tragedy strikes and the fawn is all alone.

Walt Disney pushed the mark with Bambi. By featuring death, the story's intention is reaffirmed, that growing up is an epic experience, a bitter-sweet mix.

A children's film that is still about that one heartbreaking gunshot, Bambi is also about friendship, love, innocence and its loss.

This was a time of meticulous, painstaking and lovingly hand-drawn animation. Disney sent his team of animators to zoos, that they closely observe creature moments and bring those real nuances on screen.

Bambi is still a gem of an animation film, look out for the restored version.
Posted by Snehith Kumbla at 11:00 No comments: 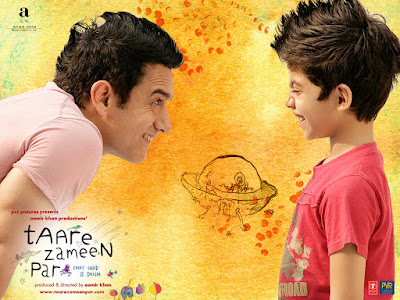 
Part masterpiece, part emotional blackmail, contradictory to its message in its end reels, Taare Zameen Par wins us over with its intention and warmth. The story, Darsheel Safary's acting and Aamir Khan's directorial debut are the showstoppers here.

Posted by Snehith Kumbla at 00:05 No comments: 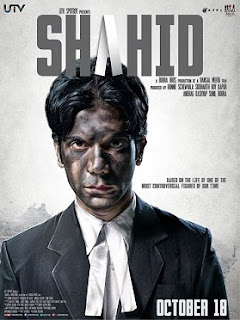 Shahid Azmi, a controversial lawyer and human rights activist, was all of 32 when he was shot dead at his Kurla office on February 11, 2010.

Azmi defended those accused of various terrorist acts, earning 17 acquittals. Whether all of the clients Azmi defended were innocent, is left to those who dwell in hard facts and the objectivity of it all.

Real to Reel
Rajkummar Rao plays the protagonist, restless and simmering for the truth. Shahid's traumatic experience of the 1992 Bombay riots, fleeing to Pakistan Occupied Kashmir to train as a militant, deserting training and serving seven years in Tihar Jail, is told in a straight-faced, no frills narrative.

Shahid subsequently obtains a law degree post his acquittal. In his portrayal of the criminal defence lawyer, Rajkummar and director Hansal Mehta nail the crucial court proceedings in all its rawness, chaos and banality.


Shahid review
Shahid is an undoubtedly arresting biopic on the late lawyer's life. This is also a harrowing film on life's vulnerabilities.

Even when Shahid courts his client Mariam, a single mother (Prabhleen Sandhu), subsequently marries her, asks his elder brother Arif (Mohammed Zeeshan Ayyub) for help; death looms in the shadows, their turbulent conversations.

The film depicts Azmi as an uncompromising upholder of truth, not all may agree to this depiction.

But it is harrowing when the fatal gunshots sound to a dark fade out. Somewhere between fact and fiction, Shahid is a terse cinematic drama, achingly real and strangely touching.
Posted by Snehith Kumbla at 23:50 No comments: