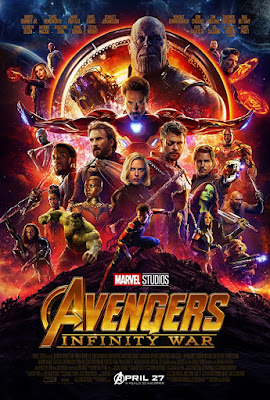 What Marvel Studios has got right in a decade-long procession of adapting their comic book heroes, starting with Ironman (2008) is the enjoyable replication of comic book fun, superb visual effect assisted action sequences,  crackling superhero team chemistry, and oodles of irrelevancy.

The gigantic purple-colored Thanos is searching for the six powerful infinity stones. Once he converges them all into his specially made gauntlet, he only has to snap his fingers and half the universe will cease to exist! Attempting to stop him are The Avengers, Guardians of the Galaxy and many rebel superheroes.

Wanted: Tighter story
Packing in over two-dozen superheroes from all previous Marvel movies does not hinder the movie. There is crackling chemistry among all the characters, many funny one-liners that work smoothly with the impressive, well-detailed action sequences and VFX. 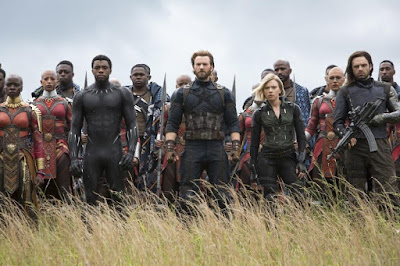 The gigantic scale required convincing subplots, clearly missing here. That is why the shocker of a grim ending doesn't add up to the otherwise lively, funny, feather-light ambiance.

Fear Not! There's always a sequel...
Die-hard Marvel fans will find it hard to get over the mind-crumbing, heart-sinking ending. But do not be grim, there is always a sequel lurking around the corner.

Avengers: Infinity War does set up a challenging premise for an "explain-it-all-off" sequel. As the post-credits sequence hints, Captain Marvel and possibly other new superheroes will soon make heroic grand entries.

Posted by Snehith Kumbla at 18:45 No comments: 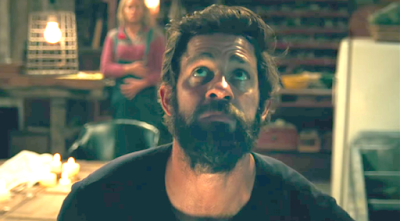 By 2020, most humans will be killed and eaten up by blind, extraterrestrial creatures with extremely sensitive hearing abilities to loud noises. With impenetrable armors, these creatures are literally indestructible.

A couple and their three children survive in a countryside home in utter silence while stepping out at times for supplies. The film begins with one such food-seeking expedition and keeps us riveted all through the wisely concise 95-minute running time.

A Quiet Place cleverly uses silence to impose prolonged tension on the audience, making this a fairly intelligent horror flick.

Director John Krasinski, also starring as the husband is effective in keeping it simple yet tight, cutting out the loopholes from the concept.

Krasinski's cast choices are great too, featuring his wife Emily Blunt as the wife, Noah Jupe as the younger son. A brilliant choice is Millicent Simmonds (who is actually deaf) who plays the deaf daughter withholding a biting guilt within.

But for some release from breath-stopping tension in parts, A Quiet Place is a refreshingly original horror flick with a very convincing end. Totally worth catching on the big screen.

P.S: You may actually hear a lot of people munching popcorn and slurping soft drinks in the theatre because of the dialogue-less hush. 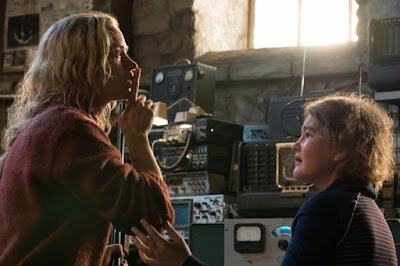 Posted by Snehith Kumbla at 16:27 No comments: 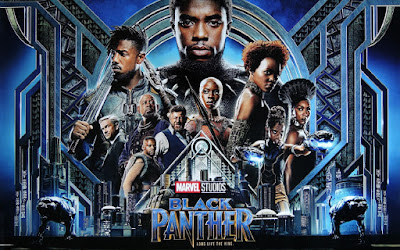 Distinct from all preceding MCU movies, Black Panther rocks because of its never-seen-before African setting, the accent fun, the lovely all-black lead cast, and thankfully not going for a "wanna end the world" villain. We have seen too much of that.

The human emotions plumbed in the story makes the plot very relatable.A king brother ends up killing his sibling that leads to consequences in the next generation is a sturdy family entanglement tale.

There are some great jokes, the overall tone is engaging, the action sequences could have been faster and fiercer. Wakanda, the myth of an advanced country hiding behind Africa's impoverished exterior makes for great optimism. Wakanda as a city doesn't get explored as much though.

The grounded tone and performances add to the texture. Chadwick Boseman suits the righteous title character, while Micheal B Jordan is a perfect foil as the villain. Lupita Nyong'o as Nakia, Dania Gunra as Okoye are brilliant and pitch-perfect, adding to the film's unique vibrant quality.Winston Duke is a hoot as a rival tribesman, Martin Freeman plays an American agent with usual efficiency.

Though the film doesn't go for character depth, we get a breezy run through, making for consistently engaging viewing.

Black Panther has a rare quite charm that comic book movies seldom have.

That is why, despite lacking anything irresistibly impressive, Black Panther works at many levels to make it a satisfying watch. 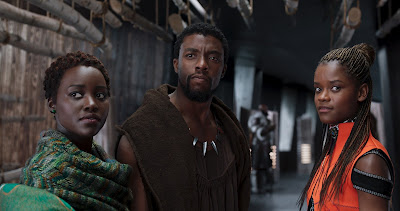 Posted by Snehith Kumbla at 21:38 No comments: