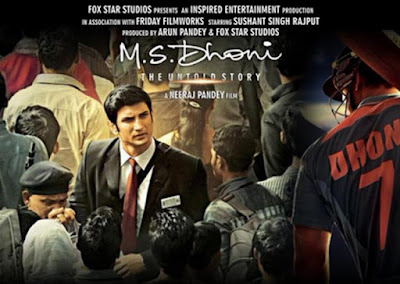 
The perils of real-to-reel interpretation are many, especially when you make a film on the impenetrable, enigmatic and India's greatest cricket captain ever, Mahendra Singh Dhoni.

Deserving Story
First, certainly a story waiting to be told. From the quietness and constricted ambitions of growing up in small-town Ranchi, his unconventional knack for big-hitting, frustrating time as a railway ticket collector and a tough, cliffhanger climb to cement his place in the Indian cricket team, all high voltage film material.

Story & screenplay writers Neeraj Pandey (also director) and Dilip Jha could have worked out the content selection better, especially in the film's melodramatic second half.

We are left with a hero-worshiping culmination, rather than an insightful study of Dhoni and cricket. 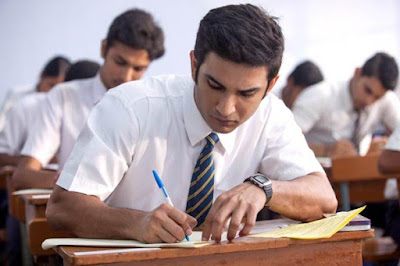 Great first hour
M.S.Dhoni:The Untold Story sparkles in its first hour and half, seeping with the routine ordinariness and time-wrap of a sleepy town.

The love tracks are the film's weak link (Disha Patani & Kiara Advani, both adequate),bordering on cheesy, despite an unexpected tragic bit.

Weak Links
All through the punishing running time, even in the slack second half, events occurring outside the cricket field repeatedly absorb us.

Several scenes would have worked better with minimal background score. 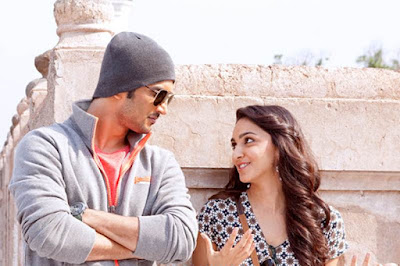 Cricketing Hiccups
Cricketing scenes require mentioning other cricketers and controversies. But nobody is mentioned unfavourably, reducing the match scenes to diplomatic mockery.

A craftier, snipped screenplay would have worked wonders. From Dhoni's decisive abandon of his mundane job at Kharagpur railway station to his legendary first century at Vizag in April 2005, the film could have stuck to unraveling in daring detail two prime matches - the 2007 Twenty20 World Cup Final and the 2011 One-Day World Cup Final.

There are so many moments to indicate that the film could have hit all the balls out of the park. It is undone by lack of judgement in what to retain, how much to retain and a curbed freedom in storytelling.

A valiant, sincere attempt, undone by its own dilemma - just how much safe do you play that BCCI and people depicted on screen don't sue or raise objection to the content?

M.S.Dhoni:The Untold Story is stumped by its own defiant safety, a feeling of 'missed opportunity' lingers big.

Watch it for the wonderful performances and some real charming bits. If only it could have come together cohesively, like a MS Dhoni innings.
Posted by Snehith Kumbla at 12:00 No comments: 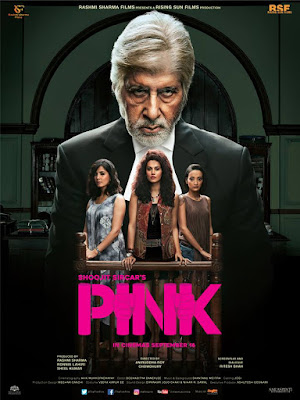 Three boys and three girls meet each other through a common friend at a rock show in Delhi. The girls are then persuaded by the guys to join them at a resort for dinner.

Even these basic facts trickle into audience knowledge over a series of tense, gripping scenes. The film opens with one of the guys profusely bleeding with a deep cut in the skull, even as his panicky friends rush him to hospital. Meanwhile, the girls return to their rented apartment, stunned and disturbed.

Deft Screenplay
Pink kept me riveted thanks to a killer screenplay (Ritesh Shah) that tersely, harrowing reveals the details of 'the incident' in bits and pieces.

A visual depiction of what actually happened unveils only at the end credits. By then, you are knocked out cold and numb, by the horror, starkness, and fierceness of it all. 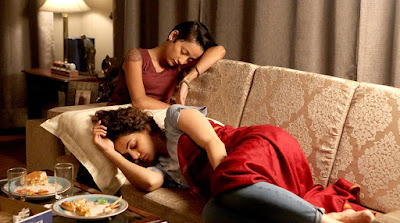 Truth & Dare
The brutal truth of how women are perceived in Indian society at large, how stereotypes and the idea of male domination persist, down to a savage level, is expressed in balanced, original and searing storytelling.

The emotionally draining experience of defending one's case in an Indian court is effectively depicted. Insensitivity and police indifference is craftily rendered into proceedings.

Performances
Amitabh Bachchan's characterization as a retired lawyer begins in a mitigating, all-knowing Hindi film hero mold. This despite the bipolar disorder background and a bed-ridden wife. The court proceedings redeem Bachchan the actor to a great extent though.

Tapasee Pannu, Kirti Kulhari, and Andrea Tairang are the showstoppers here. Tapasee, her character the eye of the storm and story, deserves special mention.

Piyush Mishra comes across as the stereotypical prosecution lawyer. Angad Bedi makes a believable, ominous antagonist. Dhritiman Chatterjee adds nuances to an otherwise mundane role of a judge, adding to his reputation as a legendary Bengali actor.

Finally
Aniruddha Roy Chowdhury's calculated, sensible direction and co-writers Ritesh Shah and Shoojit Sircar make Pink a triumph. A subject that could so easily be judgmental and dipped in rhetoric, escapes most overdone film-making pitfalls.

Despite A Few Good Men (1992) inspired witness-provoking climax, leading to a propped-up and unconvincing happy ending, Pink is a story that is rarely told in a largely dream-selling Hindi film world and seldom, very seldom, told so well.

Don't miss it on the big screen.

Posted by Snehith Kumbla at 23:27 No comments: