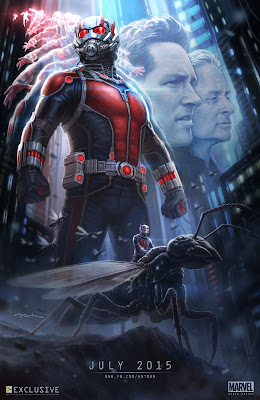 
The charming thing about Ant-Man is how not-so-serious it is in tone, the mumbo-jumbo, single-liners and attempts in humour are spot on at most times.

Scott Lang (Paul Rudd, great casting) is a skilled burglar who tends to return to crime, when nothing else works. His rotten luck finally changes when he is taken in by Dr.Hank Pym (Michael Douglas, welcome back) to take over his Ant-Man shrinking suit, much to the annoyance of Pym's daughter (Evangeline Lily, good act).

Lang wants to spend time with his estranged little daughter and avoid prison-time, apart from earning enough. He hesitantly agrees to take on Pym's former protege Darren Cross (Corey Stoll, adequate), the latter having removed Pym from his own company. Cross is in verge of creating his own evil version of the suit and unleash chaos, much to Pym's outrage.

Toned-down execution works
Director Peyton Reed gets the tone right for a superhero barely the size of a human finger.The sci-fi base is also not heavy on the audience. Controlling, befriending ants and insects by commands is endearing as in Disney's Honey, I Shrunk the Kids! (1989).

Size doesn't matter here
The toy train sequence is a breeze, there are no serious damages inflicted here, no blood and gore, just a nice,witty replication of a comic series featuring a tiny hero.

Those expecting mega fight scenes will be disappointed. I loved the change, frankly Marvel has been overdoing its big hero vs big villain showdown to drabness.

It was refreshing to see the scale brought down. Ant-Man is not among the best Marvel superhero films, notably Spider-Man (2002), Spider-Man 2 (2004) and Ironman (2008), but it is certainly an entertaining, engaging little film.

Stealing Act
Actor Micheal Pena does a great, rocking take in a delightful cameo as Luis, the fast-talking Latin criminal with an accent.

The rest of the cast are aptly selected, they fit into the texture of the movie.

There are not enough awesome 3D moments here, watching it in 2D wouldn't hurt you. 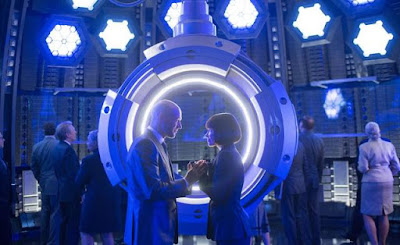 Posted by Snehith Kumbla at 10:48 No comments: