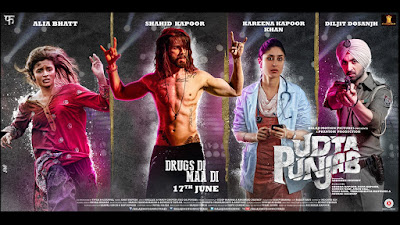 Udta Punjab is as immediate, relevant and contemporary a movie you will see on anti-drugs. No film could be as clear with its 'Say No to Drugs' message as Udta Punjab.

The censor board's 89-cut recommendation (cleared by Bombay High Court with one cut, three disclaimers prior to release) seems even more bewildering in that context. An 'A' certificate, minus cuts, would have saved a lot of people a hell lot of time and energy.

The drug problem
On sheer merit, Udta Punjab stands on its own as a harrowing, (sometimes) humorous and (mostly) steely portrayal of Punjab's drug-tainted culture.

A gritty, balanced and well-set up first half fumbles in its converging of characters for the final act. Splendid performances especially by Alia, Diljit and Shahid (in that order), the crazy swirl of expletive-ridden (essential) dialogues, keeps this one alive and kicking. 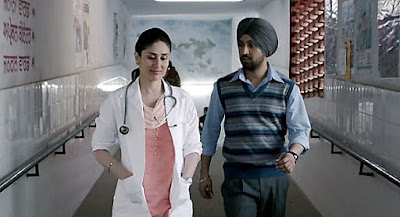 Real and 'filmy'
That director Abhishek Chaubey and writer Sudip Sharma take a strong anti-drug stance, rather than just tell the story, lessens the impact. The starkness and reality of its theme both powers and burdens the film.

The 'change of heart' parts, especially how Tommy Singh turns over a new leaf (though gradual), is contrived as the marathon bicycle ride he embarks on. So is the film's gun-banging culmination. By the end credits, I wished the film to be more forgiving and light.

But finally, Udta Punjab is a damn sincere film, that entertains and engages with a drab conviction. It is certainly a necessary watch for cinema lovers.

The stand out moment
A sportsman flings a drug packet across the border with a matter-of-fact expertise. There is no escaping the invention and wit of this wacky opening scene.

Posted by Snehith Kumbla at 11:00 No comments: 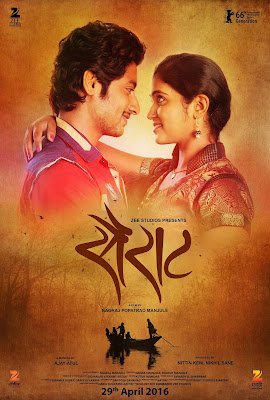 
A poor boy and a rich girl from rural Maharashtra fall for each other. Girl's parents just hate it, guy's folks act no different. The lovers go on the run then, forced to scratch out a new life in the Hyderabad slums.

The plot may seem familiar, but Sairat is refreshing and real, thanks to its beautifully etched screenplay, inspired casting and melodious music. It is easily the Marathi movie of the year.

This is finally director Nagraj Manjule's triumph of lively storytelling while keeping it all grounded and achingly believable. A heart-stealing movie experience, best seen on the big screen.
Posted by Snehith Kumbla at 21:45 No comments: