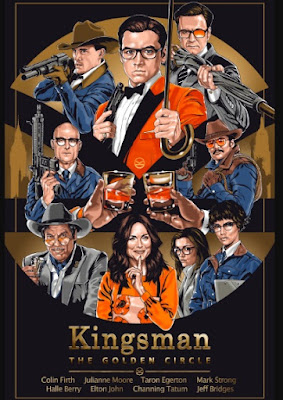 The drippy, laughing-at-itself spectacle entangled me to this one. The American addition 'Statesman' is a nice rowdy peg too. 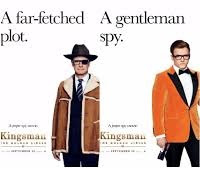 Moore makes a bitchy baddie, but she can't top Samuel Jackson's subtle delicious villainry in Kingsman: The Secret Service (2014). Firth is ever-dependable, Bridges gets a nice cameo, Egerton holds his own. Strong, Berry and Tatum bring in adorable wackiness.

Glaring plot holes roll as big and rumbling as bowling balls. But this is an action comedy spoof genre that loves not having a watertight story.

Kingsman: The Golden Circle is as boisterously frivolous as it intends to be and I love this film series for that consistent, creative cheekiness.